The mobile development industry has grown explosively in the last decade or so, fueled primarily by increased smartphone penetration and easier access to faster internet connections.  The Apple app store alone boasted at least 1.96 million apps, while the Google Play store had 2.87 million apps in 2020.

The Digital 2020 report published by We are social shows that users’ networks and mobile devices grow year by year. At the beginning of 2020, 5.19 billion people used mobile devices, representing 67% of the total population. Compared to 2019, the number raised by 124 million, representing an increase of 2.4%. The share of web traffic by the device was 53.3%, a 9% increase compared to last year.

Last year’s data and growth rate of mobile users is quite impressive. However, we are sure that the pandemic, 2020 has significantly accelerated this process, convincing new crowds of users and, consequently, businesses that are more willing to create mobile applications than ever before.

The best part, however, is that developers are finally making good money from their efforts. Although most apps are still free to download, hybrid monetization strategies, especially in-app advertising, allow developers to earn substantial profits from their creations. In 2023, mobile apps are projected to generate more than 935 billion U.S. dollars in revenues via paid downloads and in-app advertising.

When you plan to invest in mobile app development, the very first question is usually the platform and tooling. More exceptional performance, quick development cycle, and faster deployment is something every business owner is expecting.

The global mobile application development platform (MADP) market grew at a CAGR of around 26% during 2015-2020. These applications are either pre-installed during the manufacturing of mobile phones or delivered to application stores.

The rising dependence on smartphones for banking services represents one of the key factors escalating the demand for MADPs in the banking, financial services and insurance (BFSI) sector. Apart from this, they find applications in the healthcare sector to create mobile health (mHealth) applications that help treat individuals with chronic illnesses efficiently. Furthermore, rapid digitization and the emerging e-commerce industry are encouraging small and medium-sized enterprises (SMEs) to develop online shopping applications and expand their consumer base. This, in confluence with the escalating demand for innovative social networking and gaming applications, is also contributing to the market growth. Besides this, market players are introducing advanced MADPs that allow developers to build multi-channel applications with artificial intelligence (AI) capabilities. Moreover, the rising trend of smart devices, such as wearables and speakers, that use mobile applications to access features, is anticipated to provide lucrative opportunities to leading manufacturers in the future. Looking forward, IMARC Group expects the global mobile application development platform market to exhibit strong growth during the next five years.

When you’re launching a digital or mobile strategy, one of the first questions you need to ask yourself after defining your business goals is which is the best app development platform for you. And, as we talk about digital strategies, there’s one more factor to consider. Mobility is moving beyond just pretty web and mobile apps in iOS and Android. In a multiexperience, adding engagement in new touchpoints like chat, voice, augmented reality, and wearable experiences have to be part of the plan.

Native Vs Hybrid Apps – which approach is best for me?

“Should I start with a native app or a hybrid app?” – Every first-time appreneur has this question! There has always been (intense) debate about Native Vs Hybrid Apps. Picking up the right approach for your app development has the potential to make or break your success. Taking the wrong approach means your app does not align with your business goals. How to know which one is best suited for you? Before getting an answer to this, it is important to know the difference between a native app and a hybrid app.

What Is Native App Development

The term native app development refers to building a mobile app exclusively for a single platform. The app is built with programming languages and tools that are specific to a single platform. For example, you can develop a native Android app with Java or Kotlin and choose Swift and Objective-C for iOS apps.

Native apps are known to deliver exceptional user experience as they are generally high performance. User experience is also enhanced as the visuals are tailored to the platform UX. However, startups are concerned about the high cost of native app development as they need to run concurrent development for both platforms.

The most popular messaging app – WhatsApp is a native app.  WhatsApp has different interfaces for its iOS and Android users.  Apart from WhatsApp, Facebook, Gmail, and Twitter are also native applications.

‍You’ll have access to every API and tool provided by the platform that you’re working on. Technically, there are no limits on how the programmers could work with the new app. ‍‍

‍A native app is easier to be published and usually ranked higher on the platform’s app store because it delivers better performance and speed.

‍Apps built for the native environment also tend to be more scalable, thanks to the flexibility in resources management and the array of tools available.‍

‍The direct interaction between the code and the underlying resources results in high performance. Also, native apps generally have a better UX that is synonymous with the platform.

‍Building native apps can be costly when you need to launch for both iOS and Android. It means you’ll need to deploy two teams working on different platforms.

Native app development is time-consuming as the work done for a platform cannot be duplicated for another. Instead, a separate team is needed to work on the other version.

What Is Cross-Platform App Development

Cross-platform development points to the process of creating an app that works on several platforms. This is done by using tools like React Native, where the apps created can be deployed on both Android and iOS.

While cross-platform development saves time and cost, you risk sacrificing quality in the process. It is difficult to tailor an app that runs optimally on various platforms, and the app will need an additional abstraction layer when running, thus resulting in lower performance.

Startups will favor the reduction in time and cost with cross-platform development. However, you’ll need to bear in mind that it might be more difficult to customize the app beyond what’s allowed in the framework. Some of the popular hybrid apps are Instagram, Yelp, Uber, Amazon Store.

React Native has become the most prominent name to build complex hybrid apps delivering native user experiences due to its advanced features and ability to dive into native on each platform.

React Native makes it easy to transfer the code between various mobile platforms. In other words, you can say that an application developed for Android on React Native can be easily compiled for an iOS app with a few minor changes. Since the single code base can be used on both platforms, it certainly minimizes the development time.

As native frameworks grow, the API of each framework grows. It was a time before React Native, where developers had to update my Android apps to use the latest tooling and losing time on iOS deploy. If your application is built in the native framework it can be quite time-consuming. However, React Native’s flexible approach makes the entire app development maintenance easy, simple yet price effective.

Mobile used to just have a few devices to worry about. Now we’re seeing variety among iOS and especially Android devices. React Native uses flexible and fully-optimized layout engines that are highly compatible across all the devices regardless of the screen size. Applications built with React Native adjust with screen resolutions. Apps built with React Native support HD graphics and device sizes.

React Native has a way of synchronizing and integrating itself with native modules via frameworks and so it can easily be integrated with app features and other components such as GPS, camera etc. It happens because of internal device programming and thus eliminating the need for additional integration work for developers.

Most of these features get a JavaScript library that successfully unifies code in JavaScript by keeping the platform specifics well handled in free and open-source libraries.

Unfortunately, React Native inherits the main ReactJS disadvantage. The community is young so the available documentation is poor, especially for integration with additional tools.

That said, React Native has a number of native modules for iOS and Android out-of-the-box, but the number of third-party components is still limited. And we can’t know for sure that community-built modules will be supported by the next releases of the framework. It remains a disadvantage because React Native doesn’t offer a wide spectrum of possible features that developers may want to implement in their apps.

React Native often drags its feet when iOS or Android updates their SDKs. React Native’s team should integrate a code library with new software. And despite the fact they work pretty fast, they cannot update every part of the APIs at once. That’s why the full synchronization between React Native and new SDKs often takes too long.

What To Consider When Choosing An Approach To Build Mobile App

If you’re building an app that’s just displaying information fetched from the network, React Native development will be a good choice. However, if it involves heavy processing or requires access to low-level APIs like Bluetooth, you’ll want to go with native development.

Native development produces apps with high performance, but it can be costly to build. If you have a limited budget to work on, React Native development is the ideal choice. You’ll save around 30%-40% as only a single codebase is created for an app that works on both Android and iOS.

In some projects, you’ll want to get an MVP app up as soon as possible. This is where you’ll want to consider cross-platform development. You don’t have to work on two versions of the app. Instead, only a single cycle of development is needed for an app to be released for Android and iOS.

If you’re looking for stunning visuals and experience, the answer lies in native development. Developers have access to UI/UX components when developing in a native environment. Opting for React Native will greatly limit the UI/UX element of the app.

Native and cross-platform developments have different pros and cons. Ultimately, the choice of going with either depends on project requirements and the skills of the developers involved.

Native apps are still the best choice when it comes to user experience and performance. While they are more costly, you’ll be at ease with lower defect rates and better visuals.

Cross-platform apps are easy and quick to build, but it’ll take more effort to deliver an equivalent user experience on the respective platform.

Still doubtful about choosing native or cross-platform development? Get professional advice from our team. 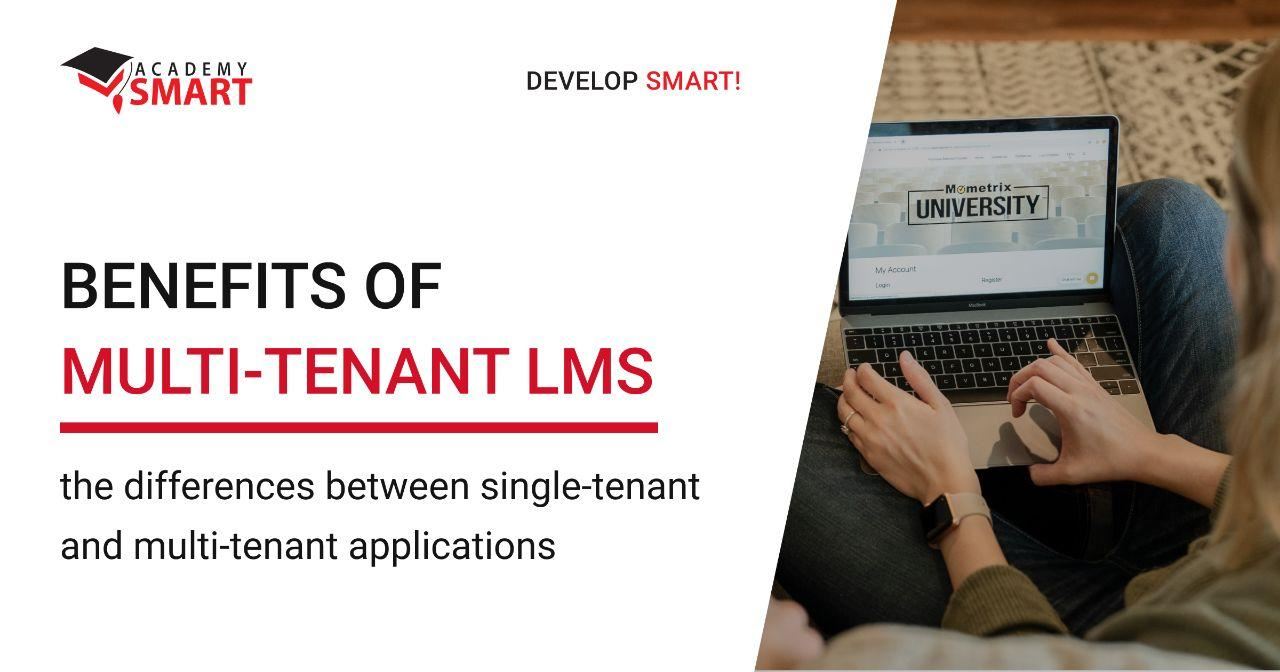 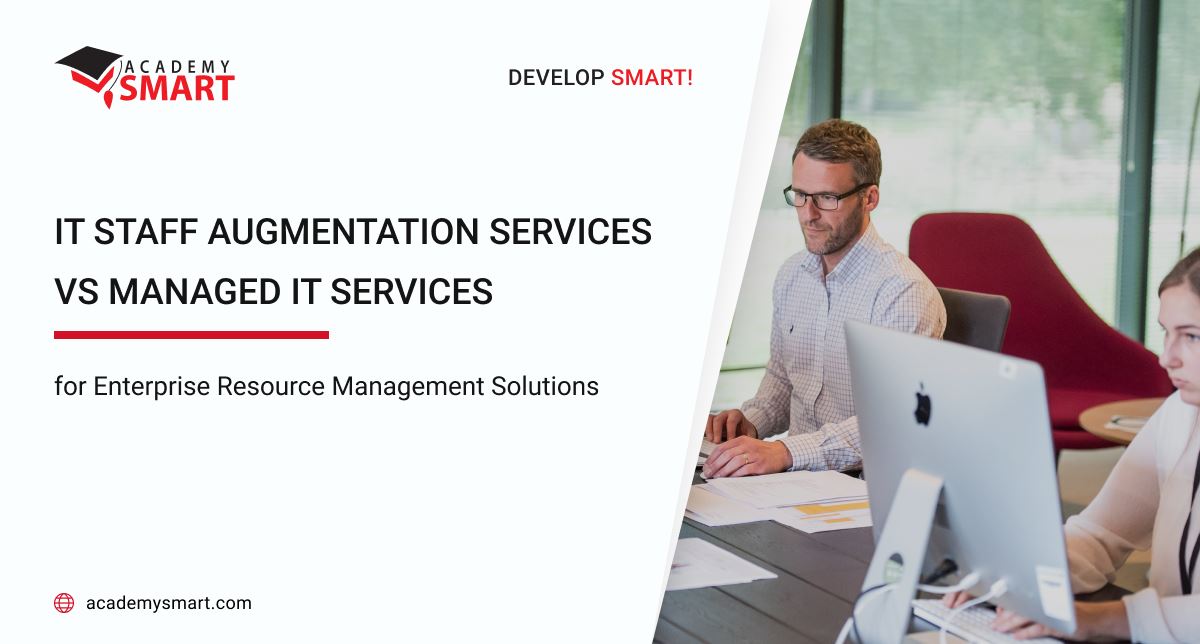 IT Staff Augmentation Services vs Managed IT Services for Enterprise...

We promise not to Spam :) We send our news and updates not more than once a month.
Our website uses cookies. By continuing to use this site, closing this banner, or clicking "I Agree", you agree to the use of cookies. Privacy PolicyI Agree